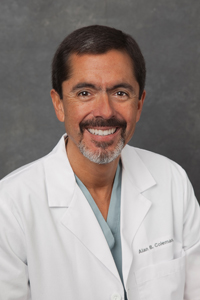 Dr. Alan B. Coleman has been elected mayor pro tem of Beaumont, Tex. Dr. Coleman, who has practiced general dentistry in Beaumont for 29 years, is serving his third term as the Ward 1 Council member. He founded the 501(c)(3) non-profit Southeast Texas Hands for God Ministry, which has traveled within the United States and abroad to provide free dental care to those in need. Dr. Coleman has served on numerous charitable boards. He and his wife in 2011 were honored as “Family of the Year” by Family Services of Southeast Texas and he is a recipient of the American Institute for Public Service Jefferson Award.

Mark Moores, executive director of the New Mexico Dental Association, won the three-person Republican primary for the state senate district 21 “seat that was once occupied by my predecessor as (NMDA) executive director” and will square off against the Democratic incumbent in the Nov. 6 general election. If elected, he plans to continue as NMDA executive director. The legislature is composed of a 70-member House of Representatives and a 42-member Senate. Members are unpaid but receive a daily living allowance for each day of official legislative work.